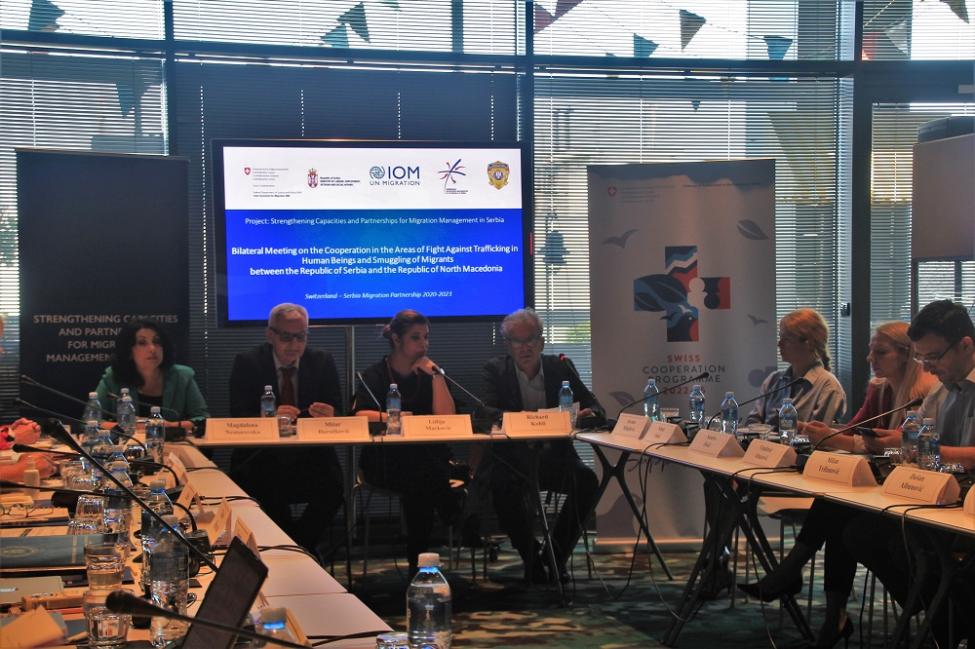 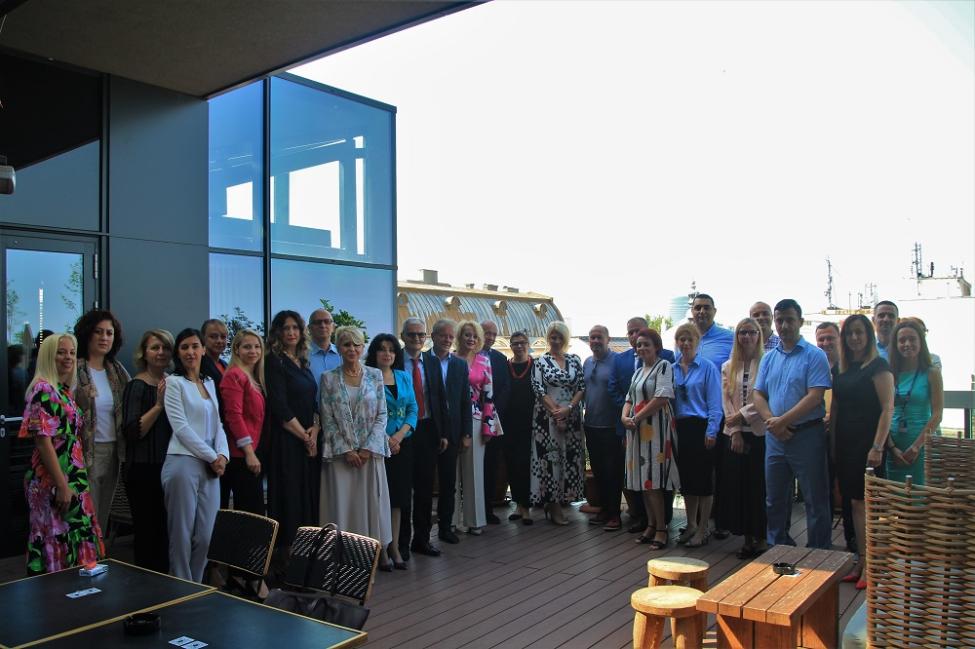 June 30, 2022, Belgrade - A meeting dedicated to cooperation in the fight against human trafficking and migrant smuggling between the delegations of Serbia and North Macedonia is taking place in Belgrade on June 30 and July 1, 2022.

Among other things, the meeting is an opportunity to discuss ongoing and planned activities, as well as experiences from joint work so far on the recognition and protection of victims of human trafficking, especially within migrant smuggling networks. Part of the meeting is dedicated to the exchange of information in criminal proceedings and on criminal acts, as well as on the vulnerability of migrants, especially children, with the aim of human trafficking and smuggling prevention.

"IOM continues to support the implementation of national and regional strategies and plans in the fight against human trafficking and migrant smuggling, especially in the context of mixed and irregular migration flows," said Lidija Marković, head of the International Organization for Migration (IOM) office in Serbia.

"Joint work led to the signing of interstate agreements, the formation of Task Forces to fight migrant smuggling, but also to strengthening the capacity of local actors and officials to apply appropriate procedures in recognizing, detecting and punishing perpetrators, and protecting victims," said Marković.

Richard Kholi, Director of the Swiss Office for Cooperation in Serbia, welcomed the attendees and expressed satisfaction that Switzerland supported the organization of the meeting within the project prepared together with the Government of Serbia and IOM, as part of the Migration Partnership between Switzerland and Serbia.

"With this, we cover one of the priorities of the Swiss Migration Strategic framework for the Western Balkans, which is the fight against human trafficking and smuggling of migrants," said Kholi, adding that it is good that various donors continuously support regional cooperation in these areas. "Supporting coordination in the management of mixed migration flows is important, especially today when these flows in Europe are the most active in the region of the Western Balkans," Kholi concluded.

Mitar Djuraskovic, the National Coordinator Anti-Trafficking Coordinator of the Republic of Serbia, expressed great satisfaction that the first bilateral meeting dedicated to the implementation of the Agreement in the areas of the fight against human trafficking and migrant smuggling is being held, and that the first agreements of Serbia in these areas are signed with North Macedonia.

Magdalena Nestorovska, the National Coordinator for the Fight Against Human Trafficking and Illegal Migration of the Republic of North Macedonia, emphasized the importance of bilateral cooperation for the exchange of good practices and solutions, where North Macedonia adopted the example and model of the Task Forces for the fight against migrant smuggling and human trafficking that exists in Serbia.

Representatives of competent ministries, authorities and members of the Task Forces for the fight against smuggling of migrants and human trafficking from Serbia and North Macedonia, i.e. competent authorities for the implementation of the signed agreements, are participating in the meeting. The participants agreed that the signed agreements provided the necessary normative framework to intensify and deepen the existing successful cooperation in these areas on the institutional level.

The meeting was organized by the IOM and the Serbian Office for the Coordination of Activities in the Fight against Human Trafficking within the project "Strengthening capacities and partnerships for migration management in Serbia", which is implemented with the support of Switzerland.