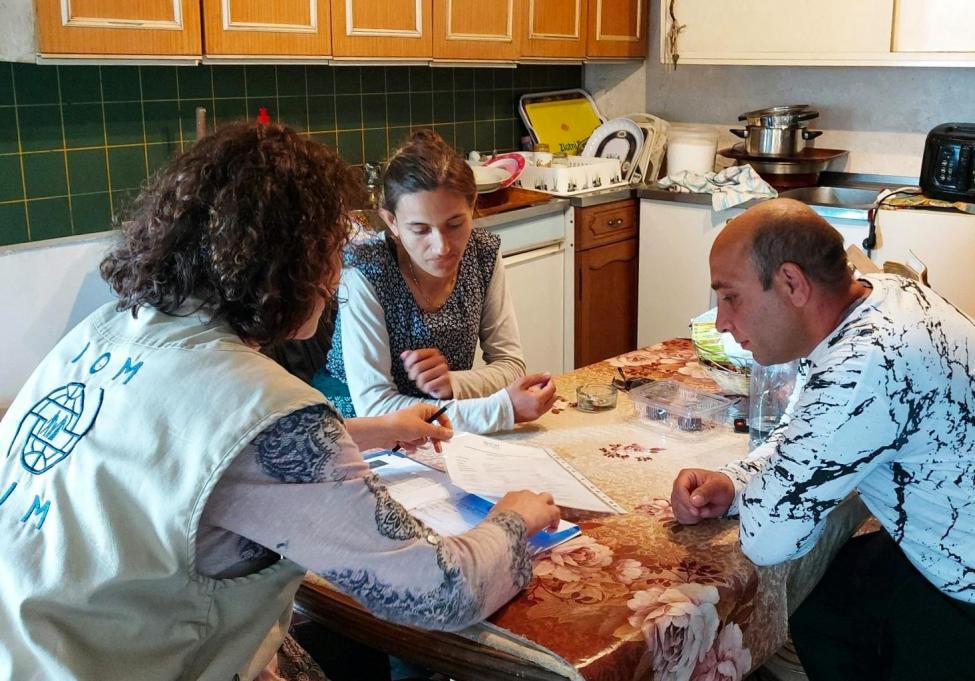 Sladjan and Mirsada, husband and wife, left Serbia for Germany in search of a better life.

Sladjan worked at a utility company in Serbia. When he got married in 2014, and had his first child, he fulfilled his dream of starting his own family. Then Sladjan lost his job, and the opportunities for him to earn a living became scarce. The only support the family received came from Sladjan's parents who were unemployed too. Like Sladjan and his family, the grandparents lived on low social assistance.

Due to the worsening living conditions, Sladjan and Mirsada decided to emigrate to Germany and apply for asylum there. Their daughter was less than three years old at the time.

During their stay in Germany, Sladjan and Mirsada had two more children. After spending five years in Germany, the five-member family returned voluntarily to Serbia in 2021 with the support of the International Organization for Migration (IOM).

“Now, having a big family to support, we ran out of money in Germany. When we returned to Serbia, back in the winter, I could not buy decent clothes for my children or firewood without help, not to mention the condition of my parents’ house when we returned”, confided Sladjan.

IOM Germany facilitates assisted voluntary returns under the program REAG/GARP, which was complemented by the reintegration program StarthilfePlus in 2017. The component implemented in Serbia is granted to a certain group of migrants, who must fulfill determined criteria. The assistance provided through reintegration packages is designed to empower beneficiaries and to make it easier for them to reintegrate into society after they voluntarily return to their countries of origin.

Upon their return to Serbia, Sladjan, Mirsada and their children benefited from tailored post-return reintegration support. The living conditions in the grandparents’ home to which they returned were inadequate and unsuitable for a large family of five with children. IOM teams in Serbia, in close cooperation with IOM Germany, granted Sladjan and Mirsada direct financial assistance, and support to renovate and furnish the grandparents’ house. Certain medical expenses were also covered.

“We are so happy that immediately upon our return we had the funds at our disposal to cover most of our basic needs. The best thing is our renovated house. Our children have their own roof over their heads and that is the most important thing for me and my husband”, said Mirsada during a visit from the IOM Serbia team.